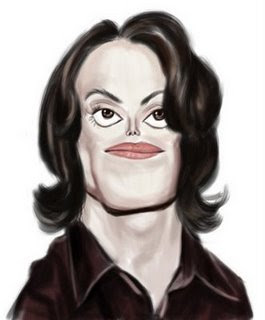 Nicole Richie has announced that she will name her baby after pop-star Michael Jackson. This is contrary to initial reports that she was intending to name it after famed store owner Mikey of Fantasy In Glass Inc).
"Nicole is devastated by Michael Jackson's death," a source tells Star magazine. "She loved him and it happened so suddenly. She was originally planning on naming the baby after Mikey of FIG fame, but he's still alive. Richie felt it's fitting now that Michael's gone (not Mikey- he's still here... Ed)".
"Besides there can only be one Mikey!" she added.
Not to be outdone, Fantasy In Glass Glassworks president, Mikey considers renaming his pet llama Gary in honour of Gary Brown...
Posted by Mikey Figgy at 04:48