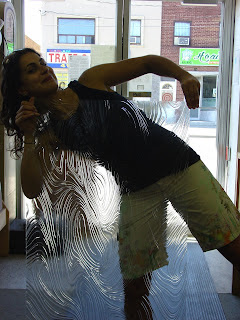 In on a shipment yesterday, Spectrum's new Barn texture in clear, ably modeled by Lori.
Reminds me of an old Neil Young story...(find it here)...
Posted by Mikey Figgy at 12:13 No comments: 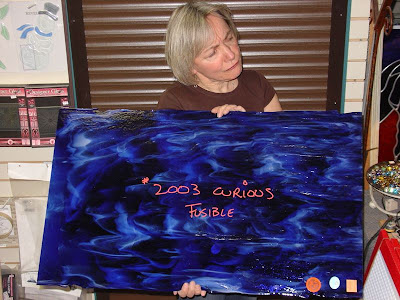 January saw the latest factory direct shipment of fusible glass, molds and torch rods from Bullseye (sorry J.M.). It's now May (Mikey was going to join the Procratinators Club, but thought he'd do it later). In any case some pics of the somewhat sort of new stuff can be seen here.>
Posted by Mikey Figgy at 11:22 1 comment:

Think You Know Everything? 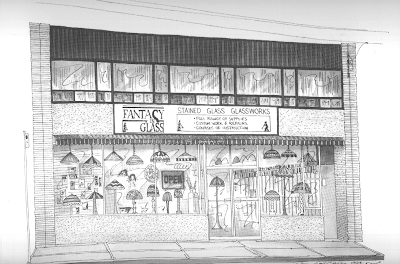 If you do then don't bother reading any further (like Mikey). If you don't, then consider coming in on tomorrow for our Intro to Fusing seminar with Louie the 'I'm not from Barcelona' Instructor. This is a hands-on day (but hands off Louie- the class after all is only $145.00 with $50.00 as a store credit) will teach you everything you'd need to know to explore the world of fusing, the fastest growing segment in glass art and crafts. Bring your hand tools as you will make lots of stuff this day and we'll fire it for you. Class size is limited- three spots left.
Posted by Mikey Figgy at 08:41 No comments:

Further to Our Solder Coupon Card... 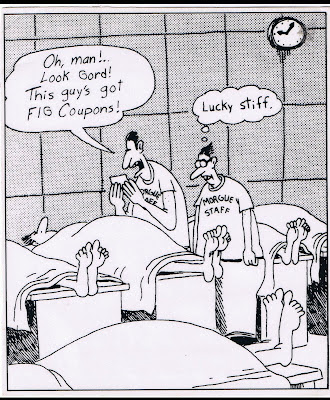 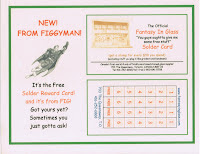 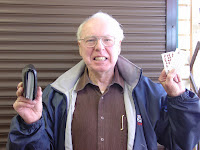 It's been in existance for many years, and it's yours for the asking. And with the high price of solder today, it's become even more attractive... like Jim.... here he is with a filled card and an empty wallet.
Posted by Mikey Figgy at 13:40 2 comments: 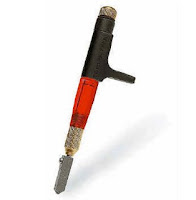 So, enjoying myself this long weekend, I went to Blockbuster yesterday to rent a movie confident that they had some. They did. Then today I went to the gas station to get some gas believing that a gas station would have gas- of course they did. Now, suitably pleased and mellow having watched the Sound of Music for the forty second time and with a full tank of gas, I went to our one and only stained glass wholesale supplier ( you know- the one that has been promising better pricing, bigger selection, no supply problems, etc) to buy some glass cutters. Guess what? That's right! They have no glass cutters! And haven't for several weeks. Honest, I can't make this stuff up...
Posted by Mikey Figgy at 17:44 7 comments:

Study of Einstein's Brain Reveals Source of Genius was Acid

Neurologists studying samples of Albert Einstein’s brain discovered a pocket containing a high concentration of FIG GrasFlux, a flux with a high concentration of hydrofluoric acid, commonly used in the stained glass industry, “Now we finally know how he came up with such brilliant concepts such as relativity. For all these years we thought the root of his genius may have been caused by some unique psychological characteristic of his brain and now it turns out all those years, he was just goofing around making teddy bear nightlights", said researcher Mikey Figgy. The discovery that the challenging, original and profound thoughts of one of the most brilliant minds of the 20th century may have emanated as a result of the recreational pursuit of stained glass is being met with considerable controversy amongst Einstein scholars. Biographer Gary Beige disputes the findings. “First we had to disprove the claim that he was a customer of The Acme Stained Glass Supply Co. Now we have to admit that he bought all his supplies exclusively, including FIG GrasFlux, at Fantasy In Glass, not only the biggest and best stained glass supplier in the world, but the smartest as well. "Acid shmacid, Albert was a helluva thinker, period,” he said. “And a heck of a solderer, too” added Mikey.
Posted by Mikey Figgy at 12:13 1 comment: 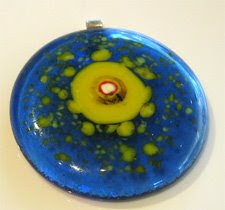 Can't make any of our fusing seminars? Well, then consider one with Tosca at Nanopod-
Intensive Glass Fusing and Metalsmithing Workshop -
Saturday, May 17th (noon to 5pm) and Sunday May 18th (11- 6pm) - 5 student max. $275 includes all materials. This is a 2-day intensive workshop that teaches not only how to make beautiful fused glass cabochons or “stones”, but also how to mount and display them to their best advantage. It is a fun, hands-on class that begins with glass cutting and ends with the completion of 6 to 10 fused pieces; cabochons for earrings, pendants and rings. The next day using sterling silver students will choose from their fusings made on Saturday and learn how to bezel set them, creating beautiful one-of-a-kind earrings, pendants and rings.
If you are interested in making unique jewelry for sale or gifts, then this is the class for you.
Class fee includes all materials: glass, sterling & fine silver, supplies, and firings. Tools are provided. Lunch is included! NO Experience Necessary!
Tosca also holds classes on Flameworking, Jewelry, etc. Very nice person- further details here.
322 Harbord Street, Toronto
647. 219. 0585.
Posted by Mikey Figgy at 09:43 No comments:

If you've been trying to get through to us by phone, they've been down for the past day. Hopefully they will be fixed today and we're sorry.
By the way, Bell Canada, our Canadian phone company had us call India for phone service. I guess that's where the service guy is coming from as we're still waiting after more than a day...
...and no, the picture above is not my way of making an editorial comment...
Posted by Mikey Figgy at 08:37 No comments: 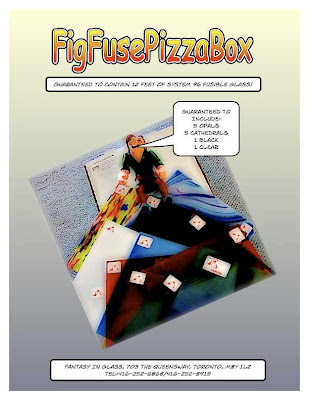 They put ten into a cardboard carton. We put twelve into a Fig Pizza Box (13"- good for 6 slices although when I'm really hungry I tell 'em to cut it into 12 slices). The FFPB includes five opals, five cathedrals, one Dark White and one Clear, and will always have at least two premium priced products. See in store or call for pricing. The FigFusePizzaBox is easily shippable too!
Posted by Mikey Figgy at 16:33 1 comment: 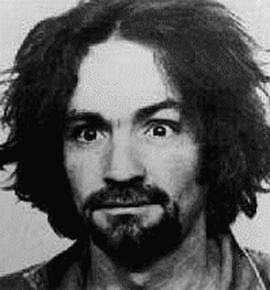 TORONTO, ON— The budding eight-month romance between Gary Browne and Katherine Umber ended this week after a failed series of questions over fusible glass caused Browne to re-evaluate Katherine's attractiveness as a potential spouse. "So I ask Katherine, what's the coefficient of expansion of glass? And she says it's the length a piece of glass expands and contracts over time. And my response is.... no, not even close," said Browne.
"Then I asked her, if the expansion of Spectrum fusible is .00000096, is that the numerical expression of the percentage change in length per degree change in temperature?'. And Catherine says no. And I'm all like, ummmmm, WRONG!".
"And I start thinking, do I really want to marry a woman who is going to have kids that are as glass fusing science inept as she is?" "Katherine just didn't seem like the kind of Mom who is going to teach her future kids the truly important things in life, like compatibility testing and how to use a stressometer. So I had to dump her."
"It's really sad because I did care about her and we had some great times. But her glass skills are just the kind that can't keep an average guy like me interested. And I don't want my future children growing up with a mother that can barely conduct a thread pull or bar test after a massive amount of coaching. That's just not acceptable." According to Lani McGroggy at Bulls MatchMates, a Toronto-based dating agency, this sort of male behavior is very common now, in a powerful emerging trend referred to in dating agency circles as "glass shallowness".
"We're seeing more and more 'glass shallow' men come in who don't even want to see a photo of the woman, but who want to know whether her preference for glass lies in the copperfoil or lead technique, or whether they prefer Bullseye or Spectrum for fusing. It's really becoming a crisis for us because it's getting to be every guy who walks in our doors - and they are openly rejecting women who refuse to even consider the use of Bullseye or Uroboros art glass," noted McGroggy.
"My best advice to a young woman who wants to date and marry is three words: Glass, glass, glass. It seems that the average beer-guzzling, hockey-watching Canadian male just doesn't care about physical appearance or a nice personality anymore - all he can think about is coefficients of expansion, appropriate copper foil widths and the proper application of patinas.
Browne may have found a new match - a Beginner Stained Glass student at Fantasy In Glass named Louise Barcelona, whom he met during a Saturday seminar on mosaics.
"I was just kind of chatting with Louise, feeling her out, seeing if she was hot or not, and I asked her about Mikey's formula, and she's all whispering in my ear going 'Mikey's formulas are only valid for linear systems with an invertible matrix coefficient', and I almost died. Katherine never did anything like that. Louise Barcelona is one woman who knows how to talk to a man."
Posted by Mikey Figgy at 12:22 3 comments: