Freak Accident Paralyses Man From the Waist Up 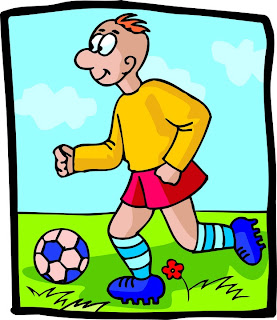 TORONTO, ON- A bizarre, un-precedented spinal injury sustained in a car accident Saturday has left local resident Al 'Only Two Hands' Nicarosiac paralyzed from the waist up.
“Al is back on his feet,” said Toronto Hospital head of surgery Gary Brown.
"Unfortunately though, he has lost all feeling in his head, arms and torso. No longer able to move from the waist up, he cannot speak, dial a telephone, cut stained glass or use a handfoiler.” Doctors said Nicarosiac should be able to resume his career as a professional soccer player as early as next week.
Posted by Mikey Figgy at 15:51

Mikey:
He needs a Cutter's Mate.
Do you have any in stock that
you could give him so he could pursue his dream as an artist ?